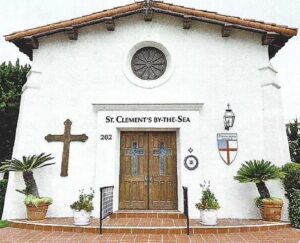 San Clemente was designed and developed in the early 1920’s as a master-planned community. Ole Hanson, who was one of the three founders of the town, wanted to make sure that San Clemente had everything it needed for a complete community. He designed Avenida Del Mar as the downtown shopping street. He built the pier and a hotel. At the north end of the town, Ole Hanson built the public swimming pool. He also built a park and a schoolin the center of town. He wanted a church in the same neighborhood, so he designated two empty lots for the church right across from the school and the park.

Ole Hanson offered these two lots on the Avenida Aragon for free to any church that would establish themselves in San Clemente. The Episcopal Church took him up on his offer and with a loan and some cash gifts they were able to build the church. Today, St. Clement’s By-The-Sea Episcopal Church still sits at the corner of Calle Puente and Avenida Aragon, across the street from San Clemente’s first park and first school, each built by Ole Hanson.

The park is still there today though it has changed over the years. When it was originally given to the community in 1928, it was called Plaza Park. Today, it is known as Max Berg Plaza Park named after San Clemente’s first city clerk, Max Berg. 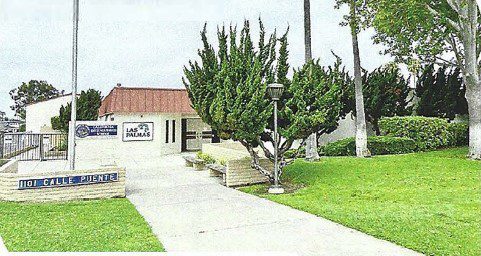 The original park was oval shaped and had a large pond with swans. Later, the shape of the park was changed and the pond was removed. Over the years, various types of playground equipment have come and gone. The park remains a popular place for families to gather.

Las Palmas, the original school built by Ole Hanson across the street from the park, opened in 1927. It was a lovely Spanish Colonial Revival building with views across the street to the pond and the swans in Plaza Park. Years later, most of the original buildings were demolished and rebuilt due to earthquake damage. By its second year, there were 80 students and the first teacher was Bernice Ayer, who  later had a school named after her in the hills of San Clemente. 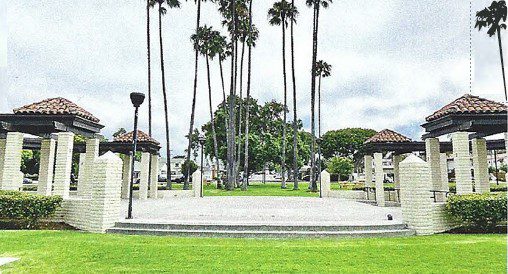 St. Clement’s church was dedicated in October 1930 and more than 200 people showed up for the event. Before that, church services were held in the original Las Palmas school building across the street from 1929 to 1930, as well as at the community center in downtown San Clemente. San Clemente’s first baptism was held in Mayor Murphine’s house on Calle de Los Alamos, the same house that fell down the cliff after the 1933 Long Beach earthquake. Ole Hanson was the godfather of the baptized baby, although there is no mention of who that baby was and if he is still around. He would be around 92 years old today.